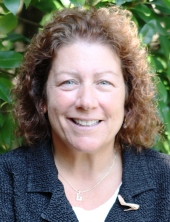 Lisa C. Germano, JD, CPA.  President and General Counsel.  Lisa co-founded Actuarial Benefits & Design Company in 1989 with Debra D. D. Coyner, CPA, JD. Lisa is admitted to the Bars of Virginia and Ohio and is licensed as a Certified Public Accountant by the Commonwealth of Virginia.  Since 1987, Lisa has been a Principal in the law firm of Coyner & Germano, located in Charlottesville, Virginia.

In 2008, Lisa was appointed by the Commissioner of the Internal Revenue Service to the Information Reporting Program Advisory Committee. She served as Chair of the Board of Directors for the Virginia Society of Certified Public Accountants from 2015-2016 and was on the Board from 2003-2005 and 2009-2010. From 2005-2008 Lisa served on the Board of Directors for the American Institute of Certified Public Accountants. Since 2008, Lisa has Co-Chaired the Internal Revenue Service EP/EO Joint Council meeting in Baltimore, Maryland.

In 2015, Lisa received the Arthur J. Dixon Award from the AICPA, the highest award given for a tax professional, for her service to the profession in taxation. In 2011, Lisa was inducted as a Fellow into the American College of Employee Benefits Counsel for her 20+ years of significant contributions in the employee benefits field.  Also in 2011, she received the inaugural Sustained Contribution Award from the AICPA for her many years of contributions to the AICPA and CPA profession. The Richmond Chapter of the National Multiple Sclerosis Society honored Lisa as their 2012 Woman on the Move for her demonstrated leadership and contributions in the workplace and in the community.  In 1996 Lisa received the Hammer Award from Vice President Gore for her regulatory work with the Pension Benefit Guaranty Corporation. Each year since 2001, Lisa was nominated by her peers as a Super CPA – the result of a survey sponsored by the Virginia Society of CPAs and Virginia Business Magazine.

Lisa served as an appointed member of the AICPA Tax Executive Committee, a high level committee that monitors Federal legislation and regulations for potential impact on employee benefits and small business. She was an appointed member of the American Institute of Certified Public Accountants Employee Benefits Taxation Committee for a number of years prior to serving on its Tax Executive Committee.  From 1992-1995 she served as chairman of the Taxation Committee.  From 1998-2002, she was Chairman of the AICPA Retirement Plans Committee.  She has been Conference Co-chair for the National Employee Benefits Conference for the years 1996-1997, 2003-2008 and is currently co-chairing its 2014 conference in Las Vegas. Lisa has served as a faculty member for this conference from 1989 to the present.  She has also served as a Resource Panel Member for the AICPA.

Since 1993 Lisa has been the Virginia liaison to the Internal Revenue Service’s Mid Atlantic Area/Southeast Key District Conference as well as a Co-Chair of its Practitioner Liaison Group from 2008-2011.  She is also a member of the IRS TE/GE Determination Letter Liaison Group.

From 2005-2007, Lisa served as Vice-Chair for IRS Conferences for the American Society of Pension Professionals and Actuaries and in that capacity was responsible for working with IRS regional conferences.

Lisa is a frequent speaker at many national conferences and for many professional organizations. She is often quoted in national publications and is the author of numerous retirement planning articles relating to the technical aspects of pension law and its administration. She has also written essays, books and courses, including How to Start a Plan Administration Practice published by the American Management Association and the AICPA/PDI courses for retirement plans.  She is co-author of The 401(k) Answer Book Forms, 1998 Edition, among other publications.  Lisa has been a contributing Editorial Board Member of the Journal of Pension Benefits and from 1994 until 2001 was Editor of the Pension Plan Administrator, a monthly resource for pension practitioners published by Aspen Publishers.

Each month we write a newsletter for clients and separately for those who advise plan sponsors.